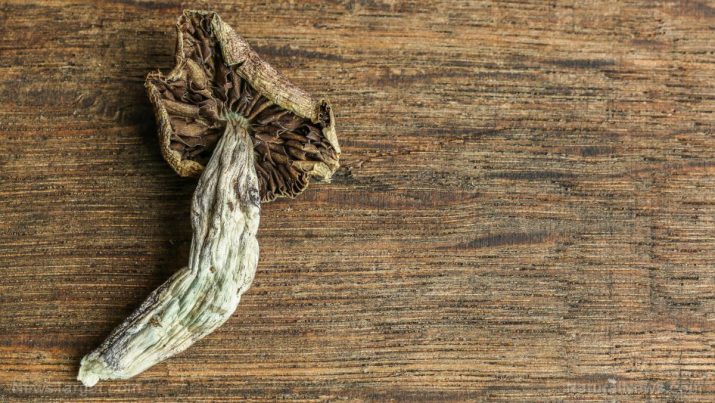 The FDA has just granted U.S. approval to a life sciences startup in London to use the psychedelic ingredient found in magic mushrooms in a trial for treating depression.

The startup, Compass Pathways, was launched just two years ago with the backing of Peter Thiel. The trial is a phase IIB study of various dosages that will involve more than 200 patients in as many as 15 research sites in North America and Europe. The tests are expected to get underway later this month in the U.K.; other countries will join once the relevant regulatory approvals have been received. If this trial is successful, phase 3 studies should follow soon afterward.

According to Compass Pathways, psilocybin therapy has shown promise as a safe and effective way to treat depression in academic studies that took place in the U.S. and U.K. This therapy combines the psychoactive medicine and active ingredient in “shrooms,” psilocybin, with psychological support.

The co-founder and chairman of Compass Pathways, George Goldsmith, said that there is a huge unmet need as more than 100 million people around the world are affected by treatment-resistant depression. He also pointed out that depression is the top cause of disability and ill health around the world.

Some scientists have long believed that taking magic mushrooms essentially reboots the brain and clears out the negative thoughts that can contribute to a person’s depression.

Recently, people have been experimenting with taking small amounts of psilocybin to manage stress and maintain focus in a trend called “microdosing.” This entails using around a tenth of the amount a person would need to have a “trip.” This reportedly gets people into a “flow state” that heightens their mental focus and boosts their tolerance of others. Users have said that it helps them think more creatively. This is illegal in the U.S., even as far more dangerous drugs are given out to children by doctors legally every day.

A previous study carried out by the University of South Florida showed that psilocybin binds to receptors in the brain to stimulate healing and growth, helping to repair damaged brain cells and heal mental disorders such as clinical depression and post traumatic stress disorder.

In 2013, Natural News reported that England was attempting to carry out the first clinical trial into the effects of psilocybin on depression. Studies had already demonstrated that people who took psilocybin noted improvements in their depression and obsessive-compulsive disorder. The part of the brain that is hyperactive in those with depression, the posterior cingulate cortex, was shown in brain scans to slow down while people were under psilocybin’s effects.

Moreover, its effects on people’s mood were demonstrated to last for as long as two weeks after just one treatment, making it especially promising for those with severe depression that didn’t respond to other treatments – which is a pretty sizable group when you consider the fact that most antidepressants don’t work any better than a placebo.

Their poor rate of effectiveness isn’t the only reason to avoid antidepressants. They also come with a raft of negative side effects, such as numbing the emotions, irritability, slow heartbeat, weight gain, sexual dysfunction and suicidal thinking. Studies have shown that using them in the long term can actually make depression even worse. Therefore, it’s little surprise that so many mass shooters making headlines recently were under the influence of antidepressants.

It’s welcome news that natural alternatives like CBD and psilocybin are starting to gain acceptance as the effective and relatively safe treatments that they are, and if the trend continues, we could make some real progress in addressing today’s biggest mental and physical health issues.