It often seems like the corruption of Big Pharma knows no bounds — and just when you think they can’t get any worse, they go and prove you wrong. It recently came to light that in addition to bribing doctors and misleading insurance companies, a pharmaceutical company even went so far as to create a network of phony cancer patients for their drugs. It’s almost like a trifecta of corruption, isn’t it?

The company in question, Insys Therapeutics, is reportedly being sued for their wide-ranging misconduct. A federal indictment was presented by Senator Claire McCaskill, a Missouri Democrat, and a congressional investigation is still on-going. A new report made available by McCaskill’s office details just how far Insys went to push their sublingual, sprayable form of fentanyl, a drug called Subsys. As you may have heard, fentanyl is one of strongest and most deadly opioid drugs on the market. As Waking Times explains, Subsys has only been approved for patients suffering with what the FDA calls “breakthrough cancer pain.” To put it simply, Subsys is only approved for cancer patients. (Conventional cancer treatment is a whole other story, of course.)

One of Insys’s crimes is that they were allegedly creating fake cancer patients, so they could make it look like the demand for Subsys was much higher than it actually was. Further, a Subsys employee was caught misleading an insurance company to try get a prescription for the potentially deadly drug for a patient who did not actually have cancer. Another part of the pharma company’s ruse reportedly  included having employees pretend to be staff from doctors’ offices, in order to trick insurance companies into approving their drugs.

According to McCaskill’s report, Insys went so far as to block their out-going phone numbers, so calls couldn’t be traced back to the company. Further, this pharma company’s toxic scheme was so in-depth, “if an insurer needed a phone number for a return call, company employees ‘reportedly provided a 1-800 number manned by another Insys representative — instead of contact information for the prescribing physician.'”

If that doesn’t indicate at least a modicum of guilt, nothing does.

But it doesn’t just end with Insys’s network of dummy patients; that would be too easy, wouldn’t it? Insys is also in hot water for allegedly bribing doctors with lofty kickbacks for getting in on their dirty deeds.

One of the biggest finds by the Senator’s report, however, is an audio clip revolving around a woman from New Jersey named Sarah Fuller. Fuller did not have cancer, but was prescribed Subsys by her doctor anyways. She died last year, after overdosing on Subsys. During the call, the Insys employee states they are calling from a doctor’s office and did their best to suggest Fuller had cancer, without ever actually saying what she was diagnosed with. The Insys employee stated Fuller had “breakthrough pain,” but explicitly left out the word “cancer.”

“Profits over people” ought to be Big Pharm’a mantra, don’t you think?

Insys Therapeutics isn’t the only pharma company McCaskill has in her sights; Waking Times reports that several other pharma companies will be scrutinized for their roles in encouraging the ongoing opioid epidemic. Opioid abuse is plaguing the country right now and the unscrupulous business practices of the pharmaceutical industry simply cannot be ignored any longer. Individual doctors will also face investigation for pushing Subsys when less addictive and less potent alternatives were readily available. While this may not be the end of the opioid epidemic and Big Pharma’s corruption, it certainly is a good start for shutting them down. 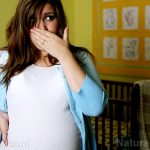