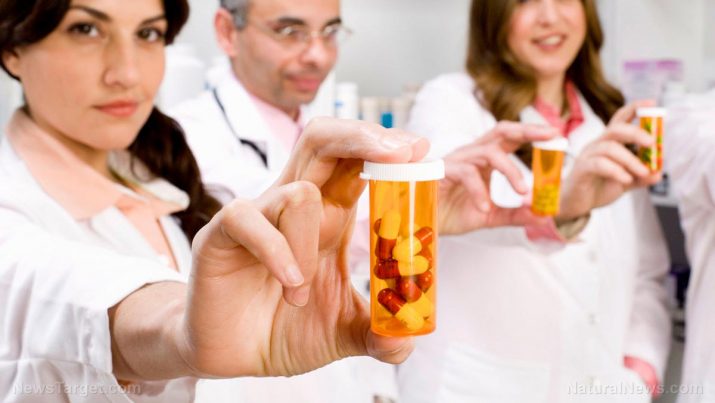 There are lots of reasons that people despise Big Pharma, but a recent investigation has revealed yet another way that drug companies are ripping people off: by selling the exact same medications for very different prices using different packaging.

According to U.K. consumer watchdog group Which?, some branded medications are being sold for up to ten times the price of the bargain-priced versions even though the drugs are completely identical.

In other cases, companies put the same drug in different boxes and marketed them for different uses, sometimes charging different prices yet again for what is exactly the same medications. For example, the nasal spray Otrivine is sold in three different boxes labeled for sinusitis, allergies, and congestion, but all three sprays are medically identical. It might not be illegal, but it’s quite misleading.

Another tactic they uncovered was charging a high premium for mixing together two cheap treatments into a combination pill. For example, a mixture of ibuprofen and acetaminophen known as Nuromol in the U.K. is sold for ten times the price of taking the two separate pills in the same doses. In the U.S., the combination drug Treximet for migraines is sold at an average cash price of $875 for nine pills, but the two drugs it contains, sumatriptan and naproxen, can be bought for $16 for nine tablets and $12 for 300 tablets, respectively, at Walmart.

In another form of trickery, Consumer Reports says that the allergy drug Clarinex sells for $235 for the name brand and $45 for the generic version. However, its active ingredient, desloratadine, becomes loratadine once it has been metabolized by the body. This is the same drug as Claritin OTC, and you can buy a generic brand of loratadine for just $4 at Walmart.

Drug makers will sometimes introduce extended-release versions of existing drugs or simply change the way they are administered or their dosage to make it seem new and charge more for it, while also keeping cheaper generics off of the market. This is the case with the schizophrenia medicine Adasuve. The drug is simply a reformulation of the oral drug loxapine into an inhaler. It sells for an estimated monthly price of $4,550, while the capsule version of loxapine costs just $45.

Sometimes, pharmaceutical companies don’t even try to trick consumers; they just raise their prices without explanation. Turing Pharmaceuticals CEO Martin Shkreli made headlines when he hiked the price of the drug Daraprim, which is used for transplant patients and in people with AIDS, from $13.50 to $750 per pill – a rise of 5,500 percent. The makers of EpiPen also got a lot of bad publicity after raising the price for a standard two-pack of the epinephrine shot that can counteract severe allergic reactions to $700; it cost just $55 in 2007 and the dosage inside one pen is believed to cost around $1 to make.

Drug companies are also opportunists, raising prices in response to crises. For example, Valeant Pharmaceuticals raised the price of their lead poisoning medication by 2,700 percent during the Flint water crisis. Meanwhile, the price of the injector for an opioid overdose antidote has risen sixfold as the opioid epidemic grips the nation.

Experts advise checking the active ingredients in medications you’re buying to see if cheaper alternatives exist. Many people are unaware that this type of behavior is occurring, and a lot of patients are not informed that other options exist. However, many people find that herbal medicine and other alternative remedies can not only address many common health problems for far cheaper than something created in a lab, but they can also often do so more effectively with fewer side effects.