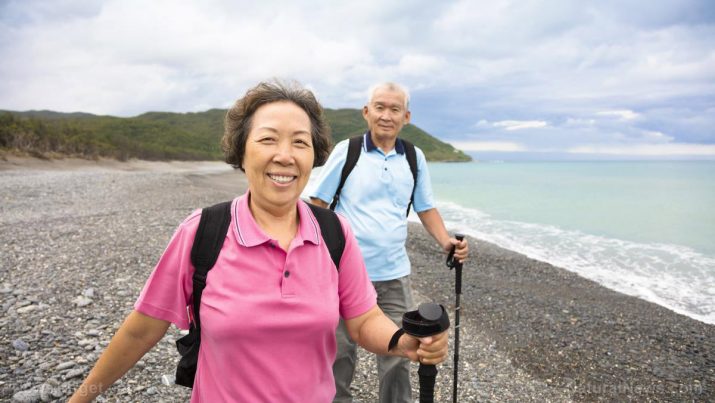 With 47 million people around the world suffering from dementia and 115 million people expected to have the illness by 2050, finding ways to prevent and treat it is a matter of urgency. When the Alzheimer’s Association International Conference was held this year, many of the experts on hand were a lot more focused on non-medical therapies, which is something that the profit-minded pharmaceutical industry is probably not very happy about. However, medications simply are not doing anything to help this problem, and in many cases, they are actually making it worse.

At the conference, the first Lancet Commission on Dementia Prevention and Care was presented, bringing together dozens of international experts to discuss this growing problem. They shared some interesting discoveries that could make a huge dent in the number of future dementia patients, and their findings were also published in The Lancet.

According to the commission, there are nine risk factors that boost a person’s chances of developing dementia, and they say that more than a third of dementia cases stem from these factors.

Increasing education during early life by staying in school until at least age 15 and dealing with hypertension, obesity and hearing loss in midlife can reduce the incidence of dementia by 20 percent combined, the researchers say. Later in life, quitting smoking, exercising more, managing diabetes, boosting social contact and treating depression can slash dementia incidence by a further 15 percent.

In fact, USC Keck School of Medicine Psychiatry Professor Dr. Lon Schneider said: “The potential magnitude of the effect on dementia of reducing these risk factors is larger than we could ever imagine the effect that current, experimental medications could have.”

On the other hand, it is estimated that finding a way of targeting the genetic risk factor gene ApoE could only prevent around one out of every ten cases.

The commission reached the conclusion that non-pharmacologic interventions play a vital role in dementia treatment, especially when it comes to issues such as agitation and aggression. For example, Dr. Schneider said that the antipsychotic drugs typically given to help with these problems are very concerning because of the heightened risk of death, cardiovascular problems and excessive sedation.

One study published in the Journal of Alzheimer’s Disease found that patients who took antipsychotic drugs had a 60 percent higher chance of early death than those who did not take such drugs.

According to the panel’s evidence, social, environmental and psychological interventions like social activities and social contact were far better approaches than antipsychotic medications. They also touted the benefits of group cognitive stimulation therapy and physical activity.

A recent study carried out by sports physicians and gerontologists discovered that physical activity has a direct impact on the brain’s metabolism by keeping cerebral choline concentrations stable. Study participants who did not exercise noted higher levels of choline, which is linked to the type of nerve cell loss seen in Alzheimer’s patients.

All this, of course, is a tremendous missed opportunity for the pharmaceutical industry, who sees statistics like “115 million people expected to have dementia by 2050” and sees nothing but dollar signs. If you are wondering why a bigger deal isn’t being made about these simple, non-pharmaceutical ways to prevent the illness, consider the fact that health care costs related to dementia were estimated at $818 billion in 2015 and will likely increase as the number of cases rises. There is currently no drug treatment that can prevent or cure dementia.