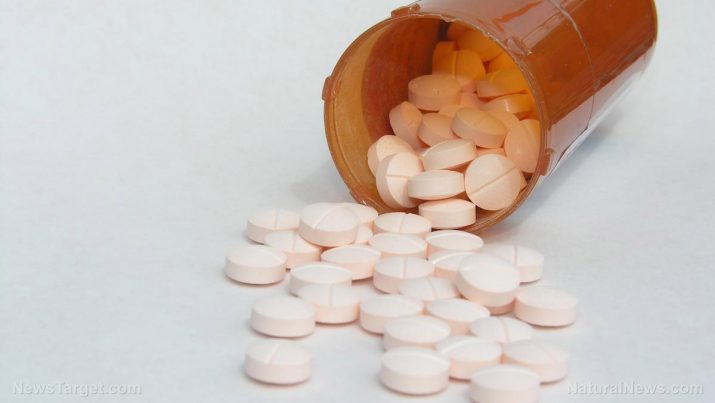 A recent study published in the British Medical Journal revealed that some of the most commonly prescribed non-steroidal anti-inflammatory drugs (NSAIDs), otherwise known as painkillers, may significantly increase the odds of heart attack within a week or a month if high doses were taken. To carry out the study, a team of researchers pooled data from various healthcare databases in countries including Canada, Finland and the U.K. with a total cohort population of nearly 447,000 participants. More than 61,000 of these patients suffered a heart attack.

“Given that the onset of risk of acute myocardial infarction (heart attack) occurred in the first week and appeared greatest in the first month of treatment with higher doses, prescribers should consider weighing the risks and benefits of NSAIDs before instituting treatment, particularly for higher doses,” said lead author Michèle Bally of the University of Montreal Hospital Research Centre.

“If someone needs to treat occasional pain, fever, or inflammation they should consider all available treatment alternatives and get the help of the health care providers…The bottom line is, don’t treat these drugs like candy just because they’re sold over the counter. Treat them like any medications. Only use them if you really need to, lowest dose possible, for least amount of time,” Bally was quoted in CBSNews.com.

Dr. Mike Knapton, an Associate Medical Director at the British Heart Foundation stressed that people who were either prescribed or were buying the drugs over the counter should be aware of the risks associated with the pain medications.

Previous studies have already established that painkillers may raise the odds of heart attack. An analysis published in the British Medical Journal found that NSAIDs elevate the risk of suffering heart attack, stroke, and subsequent death. As part of the meta-analysis, a team researchers from the Bern University analyzed 31 clinical studies with a total cohort population of more than 116,000 patients. According to the analysis, patients who took rofecoxib and lumiracoxib were twice as likely to suffer heart attack compared with those who took a placebo. The researchers also found that ibuprofen was associated with a threefold increased odds of stroke. In addition, the experts noted that patients who took etoricoxib and diclofenac were up to four times as likely to die of heart attack or stroke. (Related: Learn more about the dangers of painkiller use at Toxins.news)

Another study published in the European Heart Journal showed that commonly used painkillers were associated increased likelihood of cardiac arrest. According to a team of researchers at the University of Copenhagen, ibuprofen may raise the odds of cardiac arrest by 31 percent. The experts also noted that diclofenac was tied to a 50 percent higher risk of cardiac arrest.

In 2015, the U.S. Food and Drug Administration (FDA) issued strong warning labels against painkiller use, after mounting evidence showed that the drugs may indeed increase the risk of heart attack. According to the FDA, the risk of heart attack may occur in as early as one week, even in those who did not have a history of the condition.