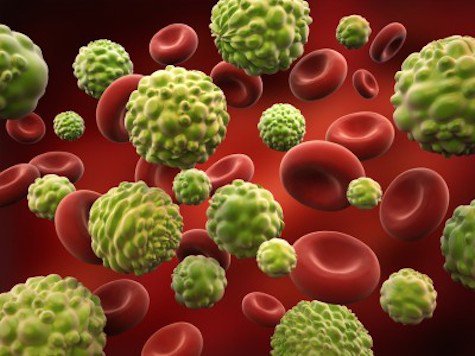 Scientific research is essential for countless applications, so you’d think accuracy and validity would be of utmost importance when one is conducting such experimentation. But apparently, it’s not as important as you’d hope: estimates suggest that between 20 and 36 percent of cell lines used for scientific research are contaminated or misidentified — rendering the same percent of studies relatively useless and wildly inaccurate.

Often times, cells that come from pigs, rats or mice may be presented as human cells, or the desired human cells may be contaminated with other unknown material. And even though scientific journals have been aware of this problem for at least the last 35 years, precious little has been done about it. Most journals do not even put some kind of disclaimer on the thousands of studies that are affected by this kind of misrepresentation or contamination. One might say it borders on publishing fraudulent data.

It has been estimated that some 15 percent or more of human cell lines are not derived from the claimed source.

One cell line involved in contamination is known as the HeLa cell line — a type of cancerous cervical cell, cultured from and named after Henrietta Lacks. These cells are ubiquitous in research labs and are known to proliferate and spread rapidly. What researchers have also discovered is that these cells contaminate whatever other types of cells they come into contact with. This is extremely problematic, as several cell lines used in research could have been contaminated by the HeLa cells.

Ivan Oransky of Stat News explains, “Two other lines in particular, HEp-2 and INT 407, are now known to have been contaminated with HeLa cells, meaning scientists who thought they were working on HEp-2 and INT 407 were in fact likely experimenting on HeLa cells.”

A geneticist from the University of Colorado named Christopher Korch has researched this issue at length. Korch has identified nearly 5,800 articles in 1,182 journals that may have confused HeLa cells for HEp-2, and another 1,336 articles in 271 journals that may have mixed up HeLa with INT 407 cells. Together, more than 7,000 papers that have been cited some 214,000 times were likely using the wrong cells for their research.

And that is just for those two cell lines. Over the last 15 years, Korch has reportedly identified 78 commonly used cell lines that have become overgrown with other cells. Few scientists have paid attention to his findings, and even fewer have gone out of their way to retract or correct their work on “imposter” cell lines.

But there are far more cell lines that are likely being affected by this massive breach. Some 400 cell lines in total are lacking evidence of origin or have become cross-contaminated with other human or animal cells at some time during their laboratory lineage. As Oransky explains, cell lines are often chosen for their hardy nature and ability to reproduce and be bred for a long time. He says that these cells can easily make their way around a lab if they should be on a researcher’s gloves, for example.

In a guest post for Retraction Watch, Amanda Capes-Davis, the chair of the International Cell Line Authentication Committee, commented that it was “astonishingly easy” for cell lines to become tainted.

“When cells are first placed into culture, they usually pass through a period of time when there is little or no growth, before a cell line emerges. A single cell introduced from elsewhere during that time can outgrow the original culture without anyone being aware of the change in identity,” Capes-Davis explains.

Korch believes that cell line contamination could easily amount to hundreds of millions of dollars of worthless and inaccurate scientific research, based on tainted cells. While the figure from Korch is considered controversial, cell lines are not the only material that is contaminated in labs. Many antibodies used in research are also lacking authentication. It’s very likely that the number of studies affected by tainted or misrepresented biological material is far greater than currently estimated — rendering much medical and other scientific research without a leg to stand on.